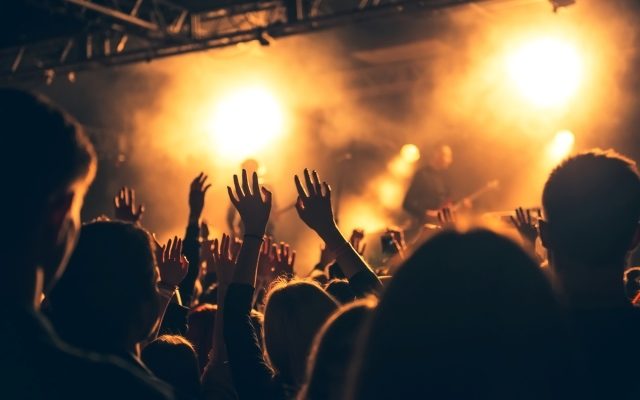 While everyone hopes life starts to return to normal in the near future, health experts warn that large gatherings for sporting events and concerts won’t be safe until at least the Fall of 2021. That is according to Zeke Emmanuel, director of the Healthcare Transformation Institute at the University of Pennsylvania.

According to Emmanuel, the problem is “You can’t just flip a switch and open the whole of society up. It’s just not going to work. It’s too much. The virus will definitely flare back to the worst levels.”

“Restarting the economy has to be done in stages,” Emmanuel says and large events like those will be the last to return.

“It does have to start with more physical distancing at a work site that allows people who are at lower risk to come back. Certain kinds of construction, or manufacturing or offices, in which you can maintain six-foot distances are more reasonable to start sooner. Larger gatherings — conferences, concerts, sporting events — when people say they’re going to reschedule this conference or graduation event for October 2020, I have no idea how they think that’s a plausible possibility. I think those things will be the last to return. Realistically we’re talking fall 2021 at the earliest.”

Health experts think it will likely take until the second half of next year to develop a vaccine and then vaccinate most people.

Epidemiologist Larry Brilliant said, “I think we will have a vaccine that works in less than a couple of months. Then it will be the arduous process of making sure that it is effective enough and that it is not harmful. And then we have to produce it. [America’s Director National Institute of Allergy and Infectious Diseases] Tony Fauci’s estimate of 12 to 18 months before we have a vaccine, in sufficient quantities in place, is one that I agree with.”

Brilliant also goes on to say “I just want to mention, once we have that vaccine, and we’ve mass vaccinated as many people as we could, there will still be outbreaks. People are not adding on to the backend of that time period the fact that we will then be chasing outbreaks, ping-pong-ing back and forth between countries. We will need to have the equivalent of the polio-eradication program or the smallpox-eradication program, hopefully at the WHO. And that mop-up—I hate to use that word when we’re talking about human beings—but that follow-on effort will take an additional period of time before we are truly safe.”